The two face off in Las Vegas, Nevada in their trilogy fight as Fury looks to retain his belts and end the feud .

Not a bad card at all. In fact, much praise must got out to Top Rank and PBC for matching some of their best fighters together. A big shout out to the Ajagba-Sanchez fight in particular.

Two young, unbeaten, and very promising heavyweights agreeing to risk their “0” is quite a rare thing. This one, between Cuba’s Sanchez and Nigeria’s Ajagba, could turn out to be the fight of the night.

Tyson Fury’s trilogy fight against Deontay Wilder will be shown exclusively on BT Sports Box Office, it has been confirmed. 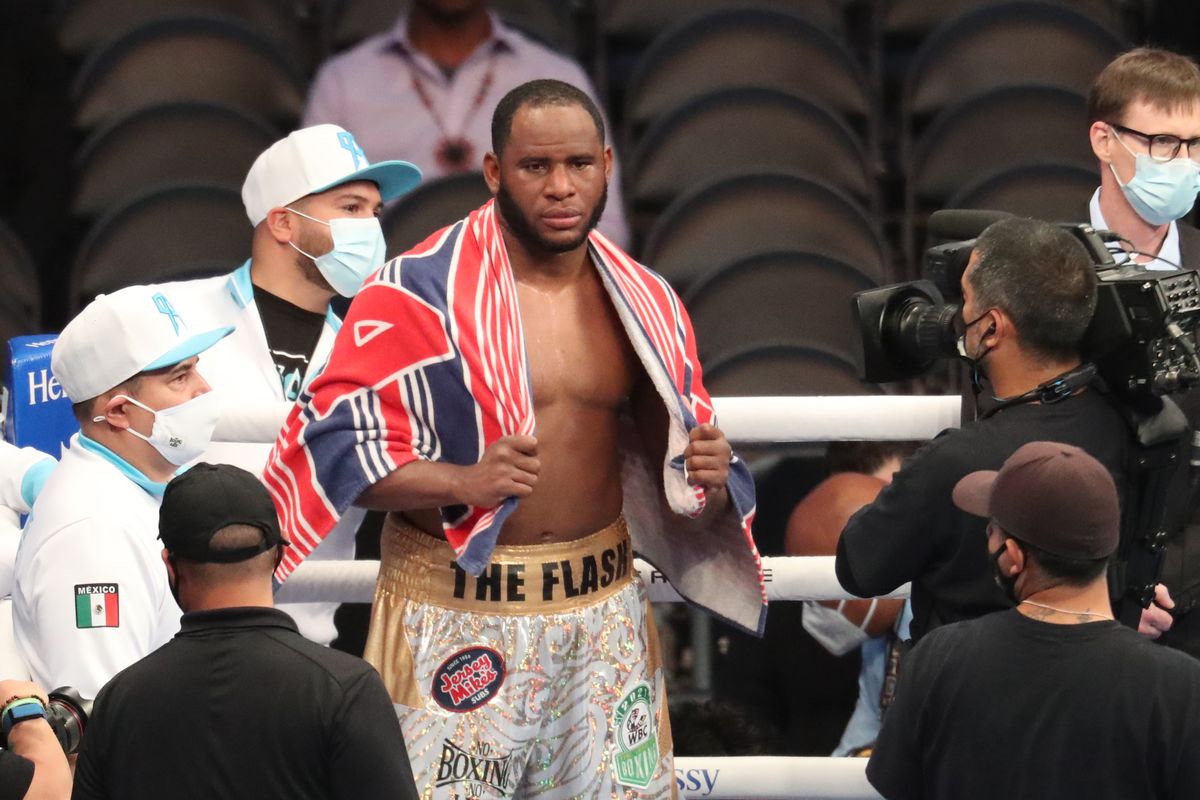 The world title fight is on Saturday 9 October and already has three heavyweight fights on the undercard.

Jared Anderson fights Vladimir Tereshkin, Robert Helenius squares off with Adam Kownacki as two unbeaten fighters in the form of Frank Sanchez and Efe Ajagba face off for the WBO Americas title.

Fury is looking to put one over on the hard-hitting American for the second time after beating him by a technical knockout in round seven, a year ago.

It will be the second time the two face off in Las Vegas, Nevada with this rescheduled fight being held in the T-Mobile Arena in Sin City.

In their first fight, Wilder knocked Fury out only for the Gypsy King to rise again against all odds in the final round and the judges called the bout as a draw via a split draw.

In his most recent fight, Ajagba scored a chilling KO over Brian Howard, this to improve to 15-0(12). Sanchez, 18-0(13) says he will become Cuba’s first world heavyweight champion and if he can defeat Ajagba, he might get his chance.

The Helenius-Kownacki rematch will likely prove explosive, for however long the return lasts. It was a big upset when the tall and experienced Finn took out “Baby Face” of Poland over two years ago.

Neither guy has fought since so there could be plenty of ring-rust in display early on. Who gets the KO this time, Helenius, 30-3(19) or Kownacki, 20-1(15)? This one could go either way.

No comments to show.
Go to mobile version